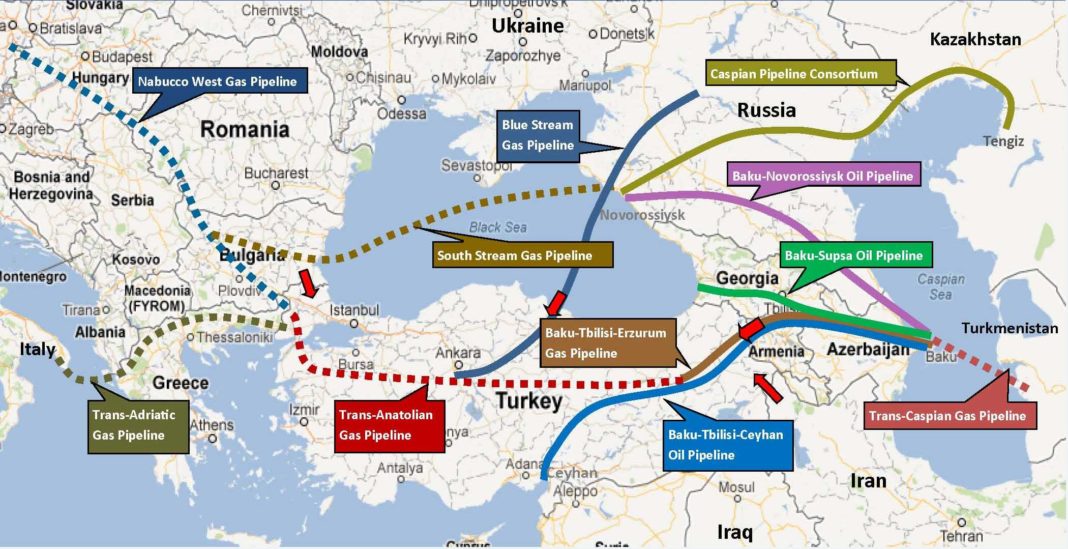 The clash between Europe and Russia over the energy routes have turned the region of South East Europe into a ground of conflicting interests. Europe claims that it doesn’t need Russia and Russian gas and is looking for alternatives to release itself from its “claws”, while part of it is trying to rely on the U.S. and the American shale gas.

Indeed, hydrocarbons support the Russian economy to date and, at the same time, the country’s political and geopolitical ambitions. So, is Europe right when it expresses its concern that the Nord Stream II can hurt it or when it celebrates Gazprom’s abandoning the South Stream pipeline? As the Center for Strategic and International Studies (CSIS) states: “When countries clash over gas, they are often clashing over different conceptions about how energy and politics are connected.” The needs of the European market, however, are well known and EU needs to find ways to cover them; so far, Russia has no equal in this field.

At a meeting Russian Foreign Minister Sergey Lavrov and his German counterpart Heiko Maas in Moscow, said that: “Russia is willing to continue consultations with Ukraine on the transit of Russian gas through Ukraine to a destination Europe. However, there is no doubt that the Nord Stream II pipeline is necessary and is a project that is fully documented from an economic point of view for Europe. It is enough to remind that the length of this pipeline is two times smaller than the pipeline that currently ends in Germany via Ukraine, and the value of gas transit will be one and a half times lower than the current value of the transit. In this way the benefit to European consumers is quite obvious.”

Is the “Southern Corridor” being expanded or is there a new EU-Russia front?

Turkmenistan and the EU have finally reached a deal after long-lasting negotiations, so that the former boosts Europe’s efforts to secure alternative natural gas sources, apart from the existing Russian ones and thus reinforce the European energy industry. Turkmenistan’s wealth resources will hit “thirsty” Europe’s finishing line. Europe is working for its energy security thanks to the Trans-Caspian pipeline, which will potentially be part of the so-called “Southern Corridor”, and will form a continuation of the pipeline South Caucasus Pipeline (SCP), Azerbaijan-Georgia-Romania Interconnector (AGRI) and the Trans-Anatolian Pipeline (TANAP) to the Balkans.

This binding agreement was signed by the EU representative Lubomir Frebort and Turkmenistan’s officials in Ashgabat, Turkmenistan’s capital, after having completed a cycle which was “opened” in 2011. In 2015, the Ashgabat Declaration on Energy was signed by the Azeri Energy Ministers, and theirs counterparts of Turkey, Turkmenistan and the European Commission’s Vice-President for Energy, Maros Sefcovic. The project envisages the construction of a pipeline network, 300 km long under the Caspian Sea, for the transport of gas from Turkmenistan to Azerbaijan and then to Turkey. 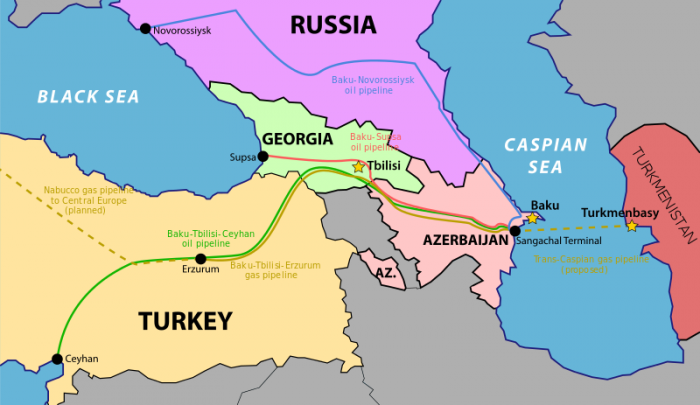 The idea of this link is based on a U.S. proposal in 1996. Turkmenistan has one of the world’s richest reserves of natural gas, second behind Iran, Qatar and Russia, and so far, its closer co-operation on energy is with China. The issue is that in order to transport the country’s natural gas to Europe, it will have to “cross” the Caspian Sea, whose legal status has not yet been clarified, as its definition is pending, i.e. whether it will be considered a “lake” or “sea”. In order to achieve this, Russia must give its consent at a time when it seems that the completion of the second, competitive (?) branch of the Turkish Stream pipeline nears completion.

Would the solution be for the EU instead of imposing anti-Russian natural gas measures, to take care of the functioning of its internal energy market so that it becomes effective and thus resilient to external pressures? In our previous Newsletter, mr. Harris A. Samaras, Economist and Chairman & CEO of Pytheas, an international investment banking organization, in his interview clearly said that Europe has other alternatives: “Oddly, however, the EU seems to voluntarily turn a blind eye to a tangible solution, which to my point of view could only within a few years partially but significantly relieve EU energy dependency to Russia and Turkey. As it also could in the medium to longer term allow Europe to be completely energy independent.

[…]Cyprus’ hydrocarbon discoveries – Cyprus is an EU member state – provide for the EU an immense energy opportunity. The EU has to realize and act accordingly that the hydrocarbons discovered in Cyprus (the significant discoveries) are not just a Cyprus issue. The hydrocarbons that are scientifically estimated to exist in Greece are not just a Greek issue. They are issues of primary importance for the whole of the European Union. An East Med Energy Corridor, that would avoid non-EU countries, would guarantee an uninterrupted energy supply source for the EU, of the EU!”.

The time of the Balkans

Today, in the Balkans seems difficult to carry out energy infrastructure where one project, one pipeline for example, competes or wants to “neutralize” the other. Could the Balkans rely on their own power? Not likely. However, the only country that could test remaining on its own is Romania, with the further development of the Neptun gas field, jointly operated by the American ExxonMobil and the Romanian OMV Petrom. Greece follows, mainly thanks to its LNG infrastructure and TAP following…