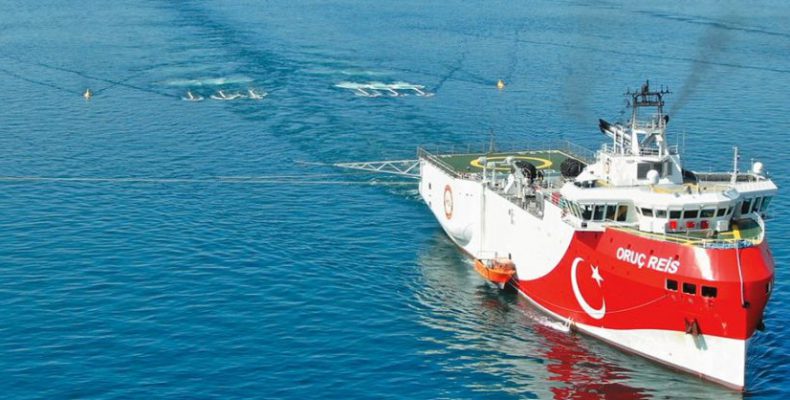 The confirmation of a predicted incident

The recent crossing of the Turkish research vessel “Oruc Reis” into the area of Greece’s continental shelf/EEZ was a sound comfirmation of our previous predictions concerning Turkish plans in South Eastern Mediterranean and Aegean seas.

On January 22 we wrote: “Ankara eyes Eastern Mediterranean as an area “where [there is a] major incongruence between energy interests and current foreign policy choices.” Within the framework of its new energy (in)security architecture owing to the emerging trilateral partnerships in the Eastern Mediterranean, this is especially true for Turkey with an additional dimension: sovereignty claims.
For months it has been clear that sooner or later Ankara would proceed with actions aiming to ensure that it has a place on the energy map of the Southern Mediterranean. Turkey’s moves is a gradual effort to entrench its demands in the region and to test the resolve of parties with interests in the region and especially Cyprus’ EEZ, such as the United States, Israel, Egypt, Greece, France and Italy.”
(“The Ottoman Empire Strikes Back?”)

On January 17 we wrote: “Athens concern, not to say certainty, is that Ankara will test Greece’s resolve by sending a seismic vessel to a maritime block inside the Libyan EEZ as claimed in the recent pact. This will create a precedent within the zone, which Greece says for the most part lies within Crete’s continental shelf. Whether TPAO, with the aid of the Turkish Navy, tries to conduct energy exploration further North -particularly in the area from Kasos and Karpathos to Rhodes and Kastellorizo– while Greece has reitterated at the highest level, that will do everything necessary to stop such aggressive actions, it will be evidence of Ankara wanting to escalate tension in the direction of militarizing the crisis.”
(“Turkey unravels its plan on Domination in Eastern Mediterranean”)

On January 6 we wrote: “Turkey’s organized plan, presented by the Turkish Petroleum Corporation (TPAO) to the Turkish government, was drafted in cooperation with the ministries of Foreign Affairs and Defense. It foresees an intensification of the Turkish navy’s presence throughout the Eastern Mediterranean basin. It also stipulates continuous exploratory and drilling activities within the EEZ of Cyprus and Greece.
President Erdogan is launching a game-changing offensive in the entire Eastern Mediterranean and he may succeed, unless the European Union’s major actors master their courage and pre-empt his move. Or U.S.A., Israel and Egypt decide that Turkey poses too big a threat to be left uncontained. However, with the emerging crisis in the Middel East, the odds of that happening are quite remote. Expect a storm ahead…“
(“The Day After EastMed Agreement”)

On December 30th 2019 we wrote: “Turkey will try to obstruct the construction of the EastMed pipeline in any way it deems appropriate… One can only wonder whether he [President Erdogan] will try to preempt future actions and decissions of the Greece-Israel-Cyprus trilateral, with a more daring and aggressive high risk move in the next weeks, which may evolve to an uncontrolable crisis.”
(“REPORT #6 EASTMED: A pipeline of Peace or War?”)

The recent crossing of the Turkish research vessel “Oruc Reis” into the area of Greece’s continental shelf placed authorities in Athens in a state of alert on Friday, but the Turkish vessel was seen leaving the vicinity early on Saturday.

The Turkish vessel entered Greece’s continental shelf area at 6.40 a.m. and was operating around 200 km of Megisti island, south of island Kastellorizo, east of Crete, in a maritime area that Greece considers a potential EEZ, from 6.30 a.m. until about 5 p.m., when it turned eastward and moved outside, the area of Greek responsibility.

In response, Greece dispatched the “Nikiforos Fokas” frigate, which had been moored at the island of Karpathos, to monitor the vessel, which was accompanied by two Turkish cargo ships and, at a distance, by two Turkish Navy frigates.
The Greek frigate radioed the “Oruc Reis” and asked it to leave the area. However, the crew of the Turkish vessel was reportedly dismissive of the request.

Greek PM Mitsotakis, as well as other high ranking officials, have repeatedly stated that Greece has the means to respond to any efforts by Turkey to drill for natural gas reserves in the area between the island of Kastelorizo and off the coast of southeastern Crete. On this occasion, however, the Greek government saw the Turkish move as a mild show of force by Ankara, and for that reason the Defense Ministry, in full cooperation with the Prime Minister’s office, opted for a moderate approach to the issue. The Turkish vessel’s arrival in Greek waters was attributed to the difficulties that the “Oruc Reis” was facing due to weather conditions (sic) in the Cyprus EEZ, where it has been conducting research activities in the last few days.

As a last time development, the Greek government is reporterdly willing to hold technical talks with Turkey on the confidence-building measures on February 17 to 21, or alternatively at the beginning of March. The aim is to keep channels of communication open with Ankara so that there is a swift and political handling of any issues that may arise.

The future direction of events is likely to depend on the extent of turkish growing (in)security as well as international pressure. There are concerns that Turkey will certainly make fresh moves in the Eastern Mediterranean and/or the Aegean in order to further entrench its claims and stay ahead of any development and further test Greece’s resolve. 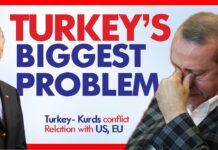