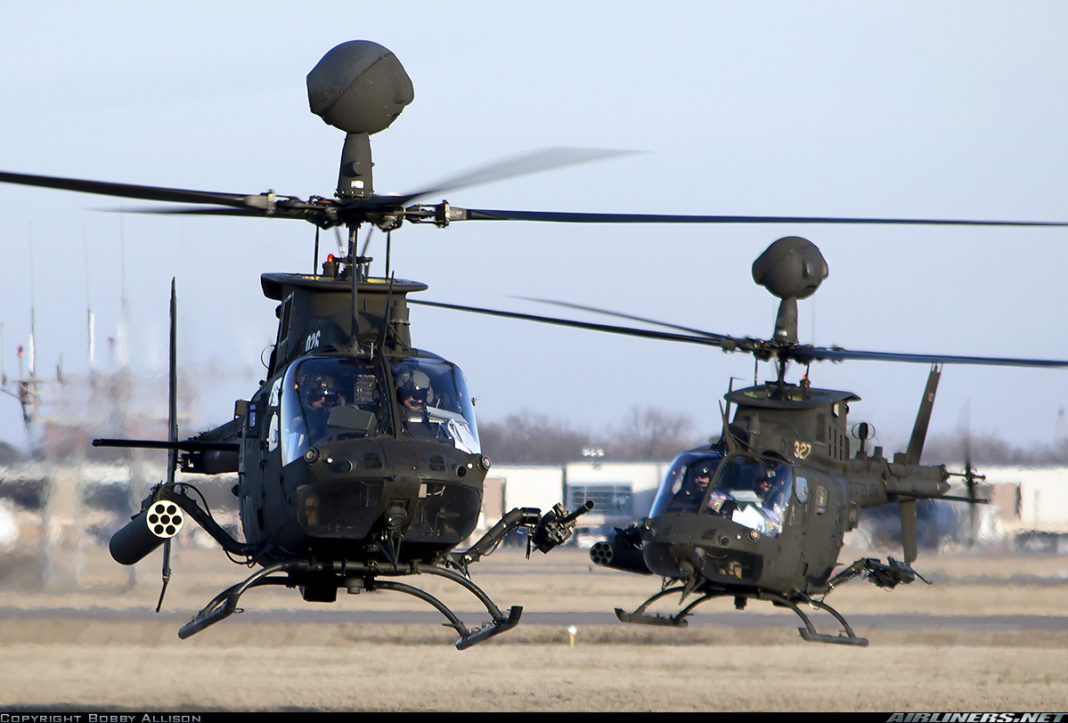 Earlier this year, Greece finalized the acquisition of 70 Bell Helicopter OH-58D Kiowa Warrior armed scouts from the U.S. Army. These helicopters were acquired through the U.S. military’s Excess Defense Articles (EDA) program, enabling Greece to receive the aircraft at no cost except transportation from the U.S. However, to utilize the aircraft Greece will have to restore the Kiowa’s in Greece, train Greek pilots and maintenance technicians and purchase two years’ worth of spare parts which the government has reportedly allocated €44 million. The helicopters are scheduled to arrive later this year.

The OH-58D Kiowa Warrior is classified as an armed reconnaissance helicopter. The Kiowa’s unique features are its two external stores pylons, used to carry missiles, machine guns or rockets; and the distinctive mast-mounted sight (MMS), situated above the rotor blades which looks like a globe. The MMS enables the Kiowa to operate and engage targets day and night while minimizing helicopter exposure. The sensors in the MMS include a high-resolution television camera for long-range target detection, a thermal imaging sensor and target designators. 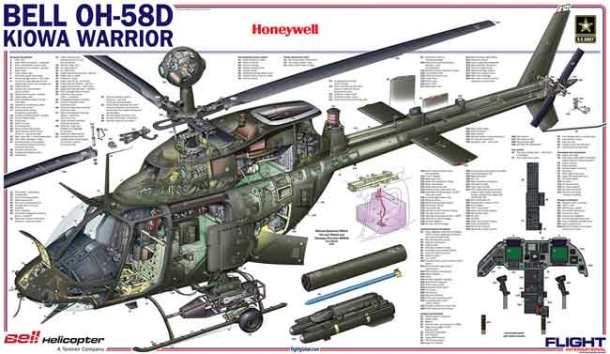 How can Greece best use these helicopters?

As a reconnaissance aircraft with sophisticated observation capabilities, the Kiowa can assist the Greek military with border patrol especially with disputed islands. If a reconnaissance patrol were to turn hostile, the aircraft is equipped to defend itself. The MMS is well suited for reconnaissance missions in the mountainous areas of the Greek islands. It allows the aircrews to remain out of sight using terrain masking while employing the MMS for observation. As an armed helicopter, the Kiowa Warrior weaponry enables Greece to project power and react decisively. The various weapons systems can be tailored to be used against tanks, maritime vessels and infantry and will be very useful in targeted conflicts in conjunction with the Apache helicopter.

While smaller than other helicopters in the Greek inventory, the Kiowa can be used for medevac, as the U.S. did in Afghanistan and Iraq, or in a utility role carrying 4-6 troops if equipment configurations are changed. As a smaller low signature helicopter, one can easily envision using the aircraft for the insertion and extraction of small unit Special Forces teams, much like the MH-6 Cayuse or MD-530 Defender. Lastly, ten helicopters will reportedly be used for training, a key element to the long term success of any helicopter fleet. In the end, the OH-58 offers Greece an operationally cost effective solution able to handle multiple roles. 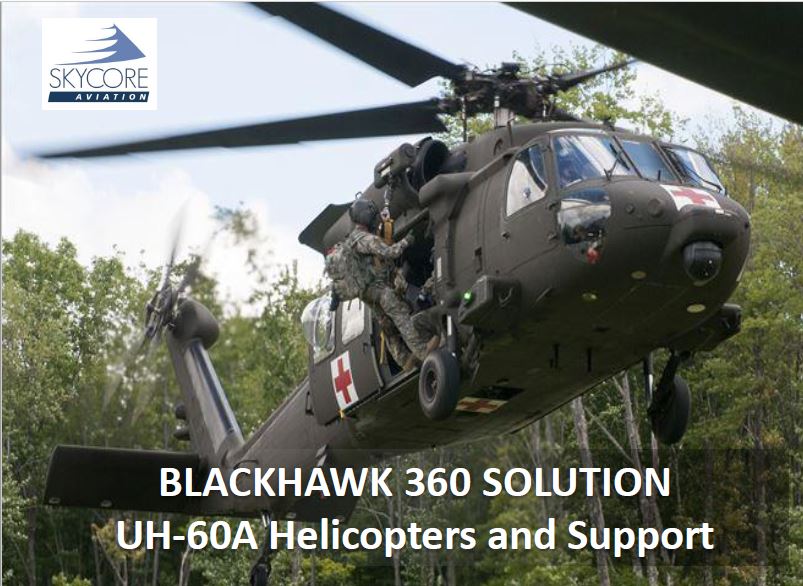 In order to accomplish the multiple roles envisioned for the Kiowa’s, once the helicopters are delivered the Greek Army will first need to focus on the three (3) key components of all successful helicopter lift programs: aircraft, upgrades and support. Skycore Aviation, a global helicopter personnel service company (www.SkycoreAviation.com) has successfully utilized these key elements with its current and previous customers as well as with its successful Blackhawk 360 solution (www.BlackHawk360.com); whereby Skycore resets former U.S. Army UH-60A Black Hawks to provide a medium left helicopter for today.

Training is just another component of Skycore’s turn-key approach to supporting helicopter programs. Skycore’s program management, monitoring operational readiness, standardized procedures, safety policies and best practices have a proven track record of success that can be leveraged for the success of the new Kiowa fleet.