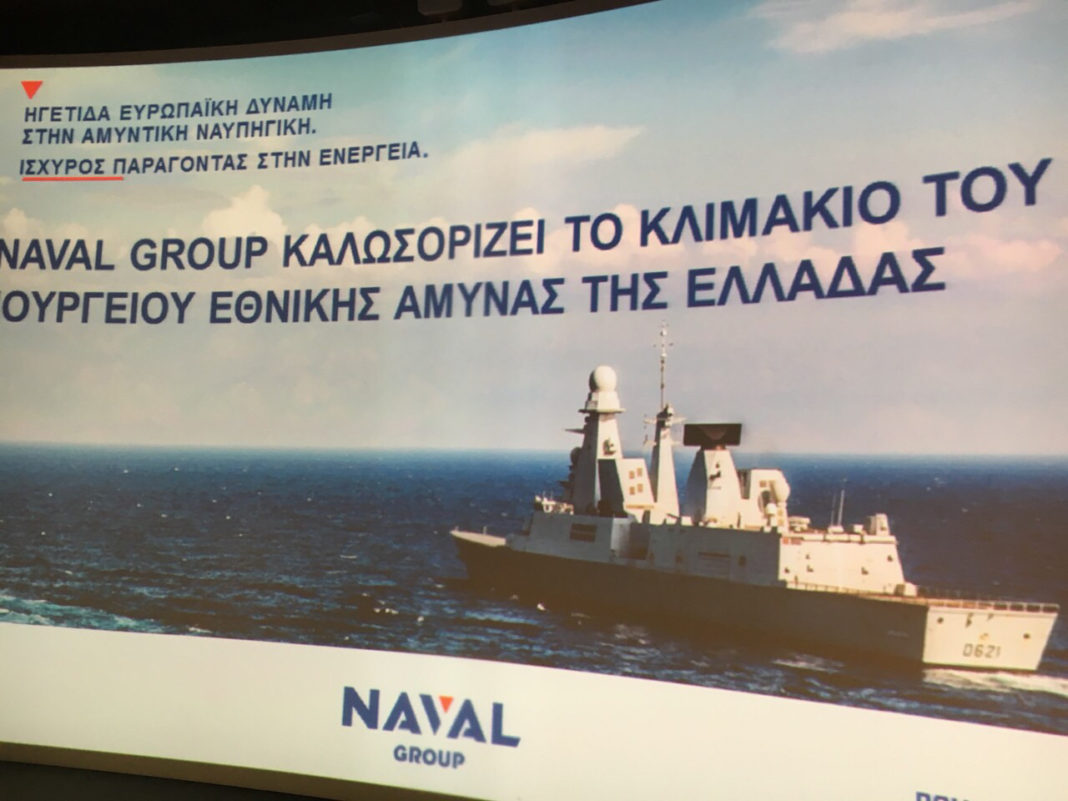 Following the meeting between the Minister of National Defense, Mr. Panos Kammenos and the French Minister of the Armed Forces, Mrs. Florence Parly, on the sidelines of the last NATO meeting, another important step was made in the NAVAL GROUP shipyards, which were visited by a small group from the General Directorate for Defence Investments and Armaments (GDDIA), headed by its Director-General, Vice-Admiral (ret.) Kyriakos Kyriakides, at the invitation of the NAVAL GROUP executives, promoting the maturity of the relevant discussions to a higher level.

In any case, this meeting was a useful preparation for the next “summit” meeting between Panos Kammenos and Florence Parly in Athens, as the French defence minister is expected to visit Greece in the near future. Besides, in their recent meeting in Brussels, Kammenos and Parly examined the outline of this Greek-French cooperation, the Greek aim for which is the maximum possible engagement of Greek Shipyards.

For the Greek government, the decision to acquire a new type of warship to cover the operational needs in the Aegean Sea and also the increased demands that will arise from the forthcoming accession of our country to the energy chessboard of the Eastern Mediterranean is already a “fait accompli”.

In this context, the French stealth super-frigate [email protected] is the first option. Given however, that it shall not be available before 2023, at the earliest, an interim solution is sought for which the procurement is now considered certain. The program’s budget is estimated to exceed €1.5 bn. and to cover its funding the utilisation of the “piggy bank” of Greek bond super-profits, which the French Central Bank has not returned to the Bank of Greece is being discussed.

Deputy MoD mr. Fotis Kouvelis, confirmed recently the positive momentum saying: “…the discussions between the two parties are in good progress. There is indeed close contact with the French PM mr. Makron and I believe that final decisions will be announced soon”.