Home Defence Articles EEZ and CEI’s security: The case of Israel and the “Emerald Affair”... 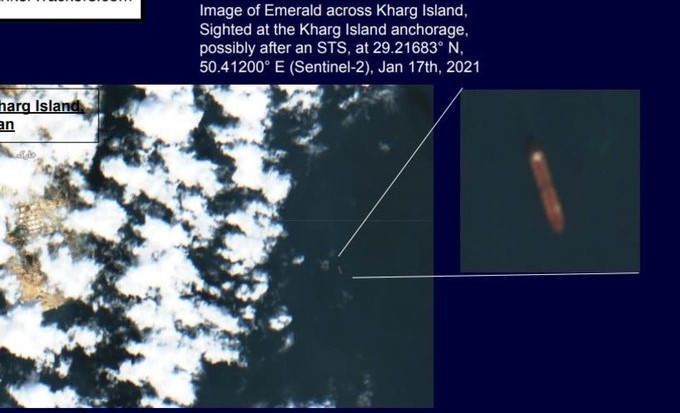 The recent Israel’s Environmental Protection Ministry accusation that the tanker “Emerald” caused a huge oil spill that severely damaged the coastline and its environment, in what it described as an act of “eco-terrorism,” has arised the “all-time-classic” issue of the Exclusive Economic Zone and its Critical Energy Infrastructures’ (CEI) security and defence requirements.

Offshore drilling rigs, either fixed or floating, underwater drill sites, underwater pipelines for connecting the rigs to the drill sites, pipelines transporting oil and gas produced from platforms to the coast, make up a very extensive energy infrastructure grid. The security requirements of the Critical Energy Infrastructures (CEI) are more demanding than ever.

Given its strategic importance and evident vulnerability, Critical Energy Infrastucture (CEI) is an attractive target for terrorist attacks. Terrorism is one of the tools used by organizations and individuals that wage asymmetrical warfare against a superior foe.
Some groups use terrorism as the first step in an armed struggle, for example to raise public support for its cause up to the point of sufficient strength to conduct conventional warfare. It can sometimes also be used as a supplement to conventional warfare, when it is employed distract and disrupt the enemy by attacking vulnerable targets at the enemy’s rear.

In many countries where insurgencies have occurred, CEI was an important element, target, or an instrument of warfare. The entire infrastructure supporting the oil and refined products industry is quite complex and is vulnerable to damage by insurgencies with belligerent purposes. Centralized energy systems controlled by the government attract insurgent attacks in order to damage the government’s credibility in the eyes of its citizens and potential investors and thus undermine its funding and economic stability. CEI is therefore an attractive target to control or to damage by insurgent groups (see: “Critical Energy Infrastructures under attack…”).

UPDATE: Lloyd’s List confirms Iran’s oil spill in Israel’s shores
Lloyd’s List, a leading international shipping journal, confirmed much of Environmental Protection Minister Gila Gamliel’s description of the events leading up to last month’s oil spill in the Mediterranean Sea. Gamliel called the oil spill “eco-terrorism,” accusing Iran of intentionally polluting the Mediterranean to harm Israel.
Lloyd’s List Intelligence vessel-tracking data confirmed last week that a tanker called “Emerald” was responsible for the spill, while it was carrying 90,000 tons of crude oil from Iran to Syria. “Emerald” is owned by Emerald Marine Ltd. in the Marshall Islands. Its owner is “anonymous, untraceable,” the report said, and it is the company’s only ship. The ship was insured by the UAE-based Islamic P&I club, which Lloyd’s List said “…is solely used by Iranian ship owners that cannot find cover elsewhere.”

Israel has named Libyan-owned “Emerald” as the ship that caused a huge oil spill that severely damaged the coastline and its environment, in what it described as an act of “eco-terrorism.”
The “Emerald” was seen anchored off Iran’s Kharg Island on January 17, according to photographs released by the Environmental Protection Ministry. The tar from the spillage reached Israel’s shores on February 17, causing immense damage and harm to the coastline, wildlife habitats and marine life, and polluting beaches.

Previously, there were suspicions on the Greek tanker “Minerva Helen”, which started with a report by Israeli media. A team of investigators led by the Environmental Protection Ministry carried out an inspection of the ship at the port of Piraeus in Greece. According to a statement by the ministry, following a comprehensive inspection carried out by an inspector from the Environmental Protection Ministry and an inspector from Israel’s Administration of Shipping and Ports, the ship was ruled out as the source of the pollution.

The “Emerald” took on an estimated 112,000 tons of crude oil in Iran before encircling the Gulf and entering Egyptian waters and passing through the Suez Canal into the Mediterranean. TankerTrackers.com, an online service that tracks and reports shipments and storage of crude oil, published photographs and has put out a report on the ship passed on to the Environmental Protection Ministry that illustrates its journey:
In January it was spotted off the coast of Dubai. It sailed up the Persian Gulf and switched off its transponder. It then went to Kharg Island and then via the Suez Canal on February 1. On February 2 it was seen by satellite west of Haifa. It then went off Cyprus on February 9 and engaged in a ship-to-ship transfer of oil that was destined for Syria on February 14. Around 700,000 barrels of oil was moved from the ship to another ship.

Israel’s Environmental Protection Ministry said the ship “…went dark again before entering Israel’s economic waters. Between February 1st and 2nd, the ship polluted Israel’s economic waters while in motion and with its equipment turned off. When it reached Syrian territory, it once again turned on its devices. Between February 3 and 14, the tanker unloaded all the crude oil it was carrying onto other vessels.”

Last year, Israel took delivery of its first Sa’ar 6 Corvette. This new ship and the subsequent class of ships based on it are supposed to help protect Israel’s Exclusive Economic Zone. The oil spill that began in early February and has decimated Israel’s coastline now brings into the spotlight questions about protecting the EEZ and monitoring potential naval threats. This includes ships that appear like commercial or civilian ships but may threaten Israel.

When the Sa’ar 6 was sailing from German shipyards last year to arrive in Israel, the Navy said that the mission of defending the EEZ as a strategic asset was the primary security mission for the Israeli Navy.
Historically one of the smallest arms of Israel’s Defense Forces, the Navy is being bulked up. This took on added importance during the Second Lebanon War and with the development of natural gas platforms and the Eastern Mediterranean Gas Forum, as well as the potential EastMed pipeline to Cyprus and Greece and last but not least the tensions Turkey’s assertiveness, against Israel’s Trillateral partners Greece and Cyprus, has sparked across the eastern Mediterranean.

Historically, Israel has had to deal with threats from ships that traffic weapons, such as the “Karin A” in 2002. That was a Palestinian freighter in the Red Sea, raided by Israel and found to have tons of weapons. Israel also raided the MV “Francop” in 2009, finding on board thousands of 107mm Iranian rockets as well as other weapons. In both cases, Iran was the source of the illicit arms. Israel also interdicted the “Mavi Marmara”, a Turkish ship carrying activists destined for Gaza. Ten were killed in the raid, causing an international incident with Turkey. Now comes the case of the “Emerald” ship.

Israel needs the Sa’ar 6 Corvettes to help defend the economic waters. The INS “Magen” (shield) ship of the Sa’ar 6 class Corvettes is the first of the Israeli missile boat fleet that will be outfitted with Israeli defense systems of the latest type over the coming years.

Israel naval doctrine has shifted to focus on defending its EEZ. For instance, it needs to defend the “Tamar” field off Gaza and “Leviathan” off Haifa, as well as the liquified natural gas port and the “Karish-Tanin” field, which is around 80-100 km. off the coast. New naval technology includes better detection systems, such as optics, electronic warfare and multi-mission radar that can detect threats up to 200 km. away

One of the questions that the “Emerald” affair raises is the importance of tracking all the ships that may enter the EEZ, especially ships that are linked to Iran and that may have been off Iran and then come into waters off the coast of Israel. Although ships may appear civilian or commercial in nature, a ship that can spill oil can also spill other things or offload threats. Iran, for instance, has been mining ships in the Gulf of Oman. It has in the past trafficked missile technology to Gaza.

The oil spill, once Israel began to label it “ecological terrorism”, has raised eyebrows. Israel’s Mossad and Defense sources were blindsided by the claims of Environmental Protection Minister Gila Gamliel regarding the concept that Iran was behind the spill. Neither the IDF nor Mossad were part of the investigation, a “Jerusalem Post’s” report noted.
Regardless of whether the IDF or Mossad were involved this time, the timeline of the ship and its entrance into and exit from Israel’s EEZ, while turning off its transponder, leads to questions about whether the ship should have been more closely monitored. Had that been done, the oil spill would have been detected earlier.

While it is unclear yet if the spill was intentional and whether that constituted ecological terrorism, the next incident may be more grave or come from a different direction. Israel’s concerns over the need to protect the EEZ are clear in the drive to outfit the Sa’ar 6.
In addition, The Jewish state has impressive surveillance assets, from satellites to UAVs. Some of Israel’s UAVs are tasked for naval missions when they have been sold or leased to other countries. These maritime missions, whether for Heron or Hermes or other UAVs, are well suited to track vessels.

In addition, Israel’s Elbit Systems has combined a UAV with an unmanned naval vessel, providing unique capabilities for using ships teamed with UAVs. There is a lot of potential in this technology. The use of UAVs for maritime missions is increasing. At Italy’s “Sigonella” Naval Air Station, NATO is supposed to be deploying a Global Hawk derivative.

Given the increasing threats in maritime areas, and Iran’s or other threats particularly to shipping, Israel will need to focus on this arena. The case of the “Emerald” is a warning and a lesson to all producers with offshore facilities…