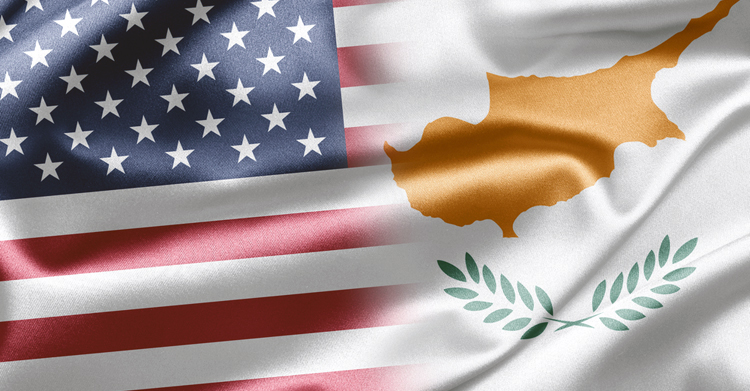 Cyprus is using its strategic location and reputation to do regional deals, while stitching its energy wealth into the bilateral and/or trilateral ties it seeks to enhance with its neighbours, EU partners and Washington.

At the same time, to counter Russian influence in the Eastern Mediterranean and Turkish ambivalence, the US is strengthening its involvement in the region’s energy development. In a show of support, US Secretary of State Mike Pompeo met with Israeli, Greek and Cypriot leaders in March to discuss regional energy development and joint security initiatives. In April, US Senators Bob Menendez and Marco Rubio introduced the “Eastern Mediterranean Security and Partnership Act of 2019”, which shall lift a decades-old arms embargo on Cyprus, as well as establish a “United States-Eastern Mediterranean Energy Center” to facilitate energy cooperation between the US, Israel, Greece, and Cyprus, and authorise $2 million for International Military Education and Training (IMET) for Cyprus. Nevertheless, Nicosia concedes that it wants the US embargo lifted, not so it can buy expensive high-tech weapons but as a symbol of a new political alliance in the East Med where Cyprus is a valued member.

Last week, the 35th PSEKA annual conference took place in Washington, where there was discussion on a number of aspects concerning the importance of Eastern Mediterranean Partnership for the USA and specifically cooperation issues on partnership between Greece and Cyprus with USA, energy, relations with Israel, US-Turkey relations, and the preconditions for lifting the arms embargo on Cyprus.

On a panel discussion Yuri Kim, US State Department Director at the Office of Southern European Affairs, said “There are lots of things that we want to do and we need to do, but in these things you must keep in mind it’s a two-way street, it takes two to tango. For all the things we would like to do, we are going to need our partners on the island to also. They are showing they are ready, we still want to do more so we will keep that up. I believe over the next few weeks and months you will also see a bit more action, some involving strong congressional interest (always very helpful). But in reality there will be things happening that we surely won’t advertise.”

But what was the important thing that Yuri Kim said at the conference? When Washington says “…over the next few weeks and months you will also see a little bit more action” in Cyprus “…but in reality there will be things happening that we surely won’t advertise” then it is not something you can ignore. Reading between the lines is difficult except the obvious strong signal to both sides in Cyprus that “…you must keep in mind it’s a two-way street, and it takes two to tango. For all the things we would like to do, we are going to need our partners on the island to do so as well.”

In order for the Washington plan to take hold, Turkish interests ought not to be ignored and the USA would not want them to be ignored. And on that day that Kim spoke at the PSEKA conference, US State Deputy Assistant Secretary Matthew Palmer was on his way to Cyprus and the American diplomat did not hold back her remarks. “I think the first thing we are trying to do, and this mainly why Matthew went to Nicosia, is understand what is wanted and then decide how to get there… What we tried to do is very clearly that we need to review again the Eastern Mediterranean, as a whole, and our interests. We did that. Now we have to figure out the practical steps. And so the discussion took place when we asked Nicosia the question what are they expecting… The comprehensive answer is included in the declaration of intent we signed together in November.”

This is what Matthew Palmer went to assess in Cyprus. Whether it did something or at least acted on what was agreed between USA and Cyprus in November. What are these things? It is at least certain that Washington wishes for the Eastern Mediterranean to become an alternative energy hub for Europe. It is almost evident that Washington does not favour a pipeline to Turkey and in general doesn’t favour pipelines for energy security reasons. So the LNG option is surely ahead, but it goes without saying that in order for the Washington plan to take hold, Turkish interests ought not to be ignored and the USA would not want them to be ignored. A source with access to diplomatic circles noted that apparently Turkish companies could be offered stock options in energy companies that are active in the Eastern Mediterranean.

US Assistant Secretary of State for European and Eurasian Affairs Matthew Palmer, in two interviews with the Cyprus News Agengy and the Turkish Cypriot News Agency, said meaningfully that finding the hydrocarbons in the region increases the importance of the Eastern Mediterranean to the US. He also pointed out meaningfully that “…there are 10 US warships, 130 Navy and Air Force and about 9,000 US Marines”. The US, he said, does not want a base in Cyprus, like France.

“We see the region as an area of increasing importance for energy. We believe that the region’s energy resources can offer a variety of energy imports, energy security in Europe. In addition, as a US, we are also interested in other issues in the region, such as the fight against terrorism, drugs, trafficking in human beings and immigration.” Matthew Palmer said the solution to the Cyprus issue is still a priority for the US and his country supports the bizonal bicommunal federation, but the decision to discuss a new model belongs to the two leaders.

US Assistant Secretary of State for European and Eurasian Affairs, also said in the eastern Mediterranean there are several issues of concern to the US for their national security, noting the close cooperation between Greece, Israel and Cyprus. He also said that the US recognizes the right of the Republic of Cyprus to exploit its natural resources. “Together with this,” he said, “we are advocating that in the context of a solution there should be a fair sharing of hydrocarbons. In this context, we support the solution efforts. We have to stress that we are talking about a process that will take years. We are years away from making money from hydrocarbons. That is why there is time for us to negotiate. We have the hope that hydrocarbons will urge sides for a solution.”

Matthew Palmer also said the Republic of Cyprus is a strategic partner for the US and wants to deepen and strengthen this relationship. He noted, however, that “Turkish Cypriots and Turkey for the US are friends and partners”, saying that they “have regular contacts with Turkish Cypriot leaders, while Turkey has for many decades been a major US ally in the region. We attach value to our relations with Turkey. It is important and beneficial. So is Turkey. We are working closely on the fight against the PKK, particularly in Iraq. We are working together to achieve stability in Syria and a better future for the Syrian people.”