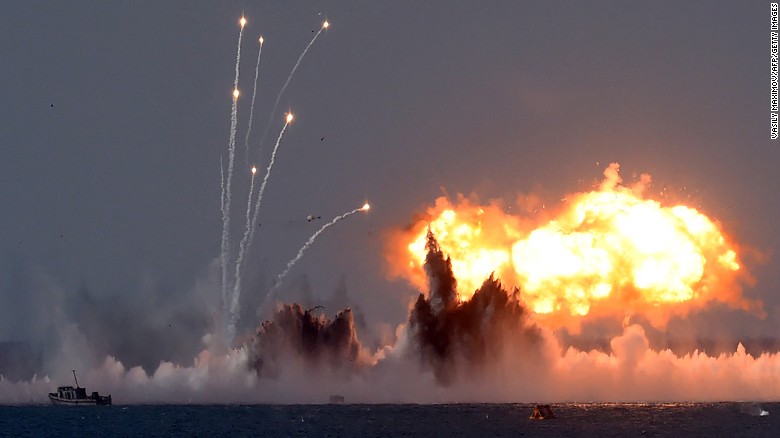 The clash between U.S.A. and Russia over the energy routes have turned the region of South East Mediterranean into a ground of conflicting interests and possibly confrontation.

Several ongoing issues threaten the exploration, production, and transit of energy resources in the region, especially the security status. Recent developments in the Middle East (Syria, Iran, Turkey), the uncertain future of the energy routes, as well as the war for political influence and the formation of alliances, suggest an inflammable environment which awaits to explode, being the pretext for the enlarged naval presence of Russia and U.S.A. in the region.

Russian President Vladimir Putin said a naval standing force, including warships with Kalibr long-range land attack cruise missiles, will be permanently deployed in the Mediterranean Sea. The statement was made at a meeting with top military officials and defense industry leaders that took place in Sochi last May.102 expeditions of ships and submarines are planned in 2018. 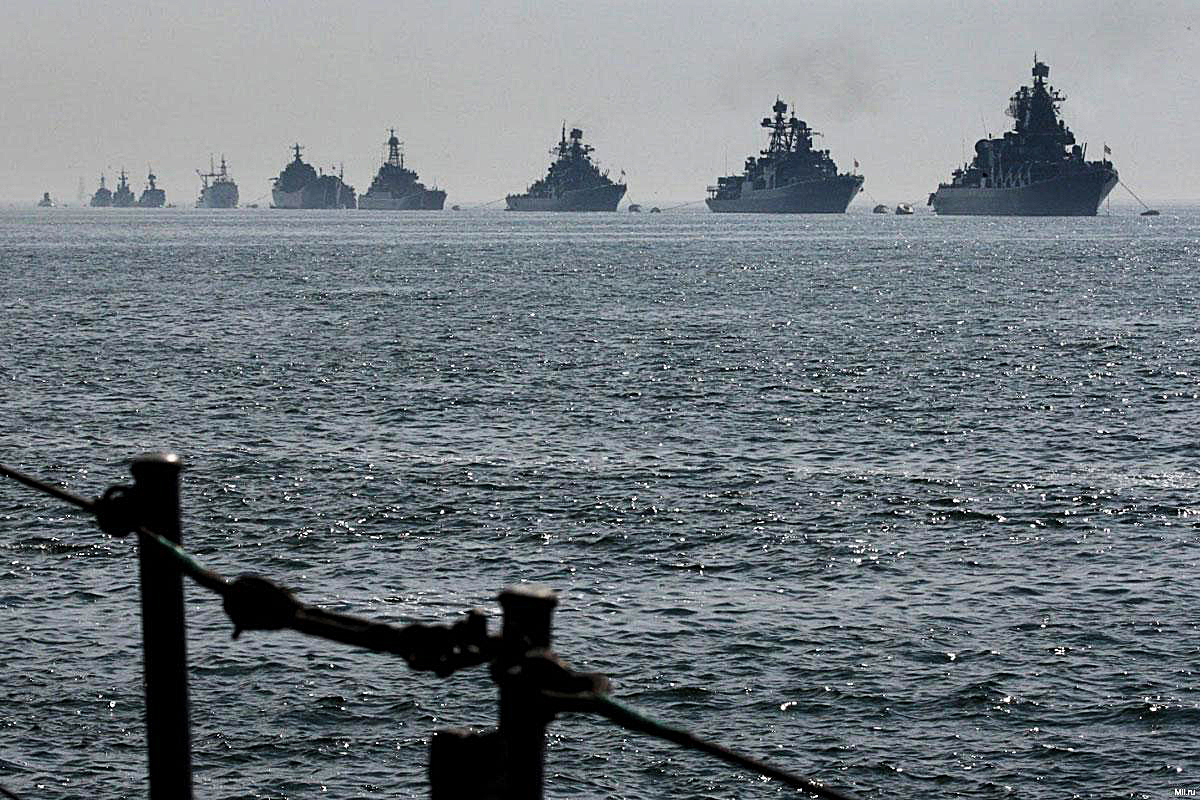 The Russian Black Sea Fleet has been transformed in comparison to what it was just three years ago. Since 2015, the year the operation in Syria was launched, it received 15 new ships, including two frigates and six conventional submarines armed with Kalibr cruise missiles. Under the umbrela of S-400 and S-300V4 air defense systems, Krasukha-4 electronic warfare systems and shore-based anti-ship Bastion batteries, deployed on the Syrian coast, the russian ships in Eastern Mediterranean operate in a relatively safe environment. Since last July, a 15-strong Mediterranean Task Force was established to be based out of Tartus, Syria’s leased naval facility. Ever since, this force provides, mainly, support and protection to the Assad regime, as well as monitors the southern flank of NATO and its activities in the region, including the Black Sea.

All southern Europe, including such NATO military assets as Allied Joint Force Command in Naples, Italy, Combined Air Operations Centers in Larissa, Greece, and in Poggio Renatico, Italy, Headquarters Allied Land Command and Air Power Command in Izmir, Turkey, NATO Incirlik air base in Turkey, Graf Ignatievo and Bezmer air bases in Bulgaria used by U.S. Air Force, as well as a lot of other key NATO defense infrastructure sites, happen to be within the range of Kalibr missiles installed on the platforms patrolling the Eastern Mediterranean Sea.

The Mediterranean Sea is Russia’s only exit to the open ocean for the Black Sea Fleet. The permanent presence is one more step to the enhancement of Russia’s strategy for political influence in the Middle East and North Africa (MENA). Foreign Ministries are not the only ones to shape external policy. Any port call is a diplomat mission, providing an opportunity for official meetings and public diplomacy, with the events covered by media. Naval visits reflect foreign policy trends. The Russian Navy conducted, also, six international exercises demonstrating its global presence and power projection capability, communicating the message: “The Mediterranean Sea has ceased to be a “NATO Lake” dominated by the U.S. 6th Fleet. American vessels don’t own these waters anymore. As a great power, Russia has its own interests in the region and has a powerful naval force permanently deployed to defend them”.

Responding to the above Russian strategy, according to sound information, the strong presence of the U.S. Task Force in the Eastern Mediterranean, including CVN-75 U.S.S. “Harry S. Truman” and its Carrier Group together with other significant naval units, sails in the sensitive area west of Cyprus’ F.I.R. and south of Kastelorizo, where Greek and Cyprus EEZs meet -the same area where Turkey focuses its main assertions. Apart from monitoring the developments in the region and in Syria, due to the increased presence of russian naval vessels, it is, also, connected straightforwardly to the U.S. aim to inderdict possible provocations from Ankara.

The U.S. having observed the increasing presence of the russian naval force, as well as the fact that the repeated exhortations to Turkey fell void, decided to start implementing a strong, massive and catalytic move in the broader region of the Eastern Mediterranean, as well as the Aegean Achipelago, in order to relay its message of readiness for any possible development.

Due to the expressed intention of Turkey to begin energy surveys and drillings with “Deep Sea Metro II” in Cyprus’ EEZ starting in the summer, as well as the pending increase of survey activities from the ExxonMobil/Qatar Petroleum consortium in Cyprus’ Field 10 scheduled in the coming fall, the U.S. aim to communicate the proper preventing messages to Ankara, in order to avoid the possibility of a “hot incident” or even worse a prolongued crisis between Turkey, Greece and Cyprus.