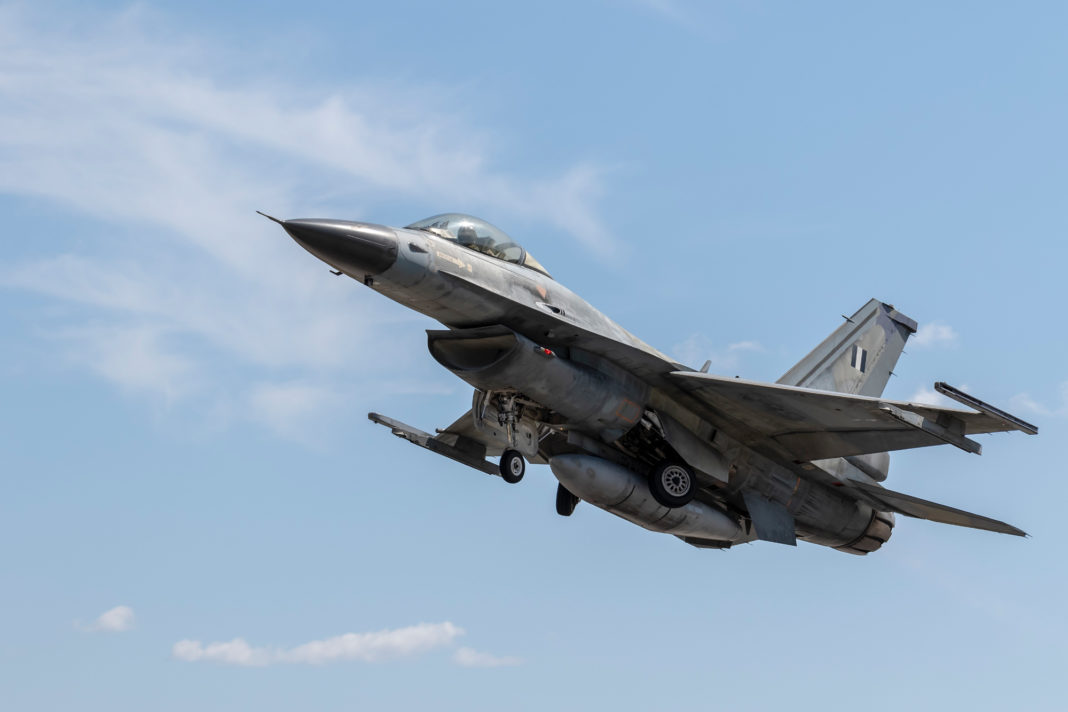 The MoD must teach an old dog new tricks…

The recent decision of the Greek government to procced with the partial modernization of the Hellenic Air Force 155-strong F-16 fleet, resurrected the possibility of some of the older F-16C/D Block 30 fighters to be offered for sale to the international market with some potential buyers in the Balkan area. The development raises some interesting aspects of cooperation.

Greek Air Force procured 40 F-16C/D Block 30 (powered by General Electric F110-GE-100 engines) that were delivered new from General Dynamics (now Lockheed Martin) under the Peace Xenia I Foreign Military Sales Program, between November 1988 and October 1989, forming two squadrons (346 Moira and 330 Moira). At a later date they were modified to carry AIM-120 AMRAAM missiles, but mostly remained at the technical status and the operational capabilities when they were introduced into service and didn’t implement any major upgrade and improvement programs that Block 30/32 models received in other air forces.

Around 2005 the possibility of implementing a mid-life modernization program was put under consideration however at the time Hellenic Air Force was financing the procurement of new F-16 Block 52+/Advanced with little hope to find the necessary funds for a parallel MLU program. In the early 2010 the Hellenic Air Force General Staff decided against any MLU program of the early «third generation» fighters in service, I.e. F-16 Block 30 and Mirage 2000EGM/BGM procured also in the late ’80s.

At the time of writing 32 Block 30 aircrafts (28 single-seat C models and 4 dual-seat D models) “survive“ with the 330 Squadron (111 Fighter Wing) in very good general condition and about half their operational “life” of 8,000 flight hours still remaining. Greek F-16 Block 30 were never considered surplus, although new generations of Vipers (as well as Mirage 2000-5 Mk2) were procured in substantial numbers, mainly due to the high greek defense needs against turkish aggression. Nevertheless, in 2014 some information appeared (never confirmed or denied officially) that Greece was considering a request by Bulgaria to transfer a small number (6-8) F-16s in order Sofia to fulfill an urgent requirement for “new” fighters related to NATO obligations of the Balkan state.

In late spring 2017 Greece made an official offer for 12 F-16 Block 30 responding to an international request by Croatia in order to replace older MiG-21 fighters. Although evaluated the Greek offer never made it into the Croatian short list. Zagreb finally opted for second hand Israeli F-16 Block 30 “Barak” models. Approximately at the same time that the Croatian tender was made, there was information that United Arab Emirates expressed an interest on the Greek Block 30 F-16s, as part of a plan to use the aircraft as the basis to form an OCU (Operational Conversion Unit) in a new UAE integrated training system to support advanced fighters in service, under order or considered for future procurement. 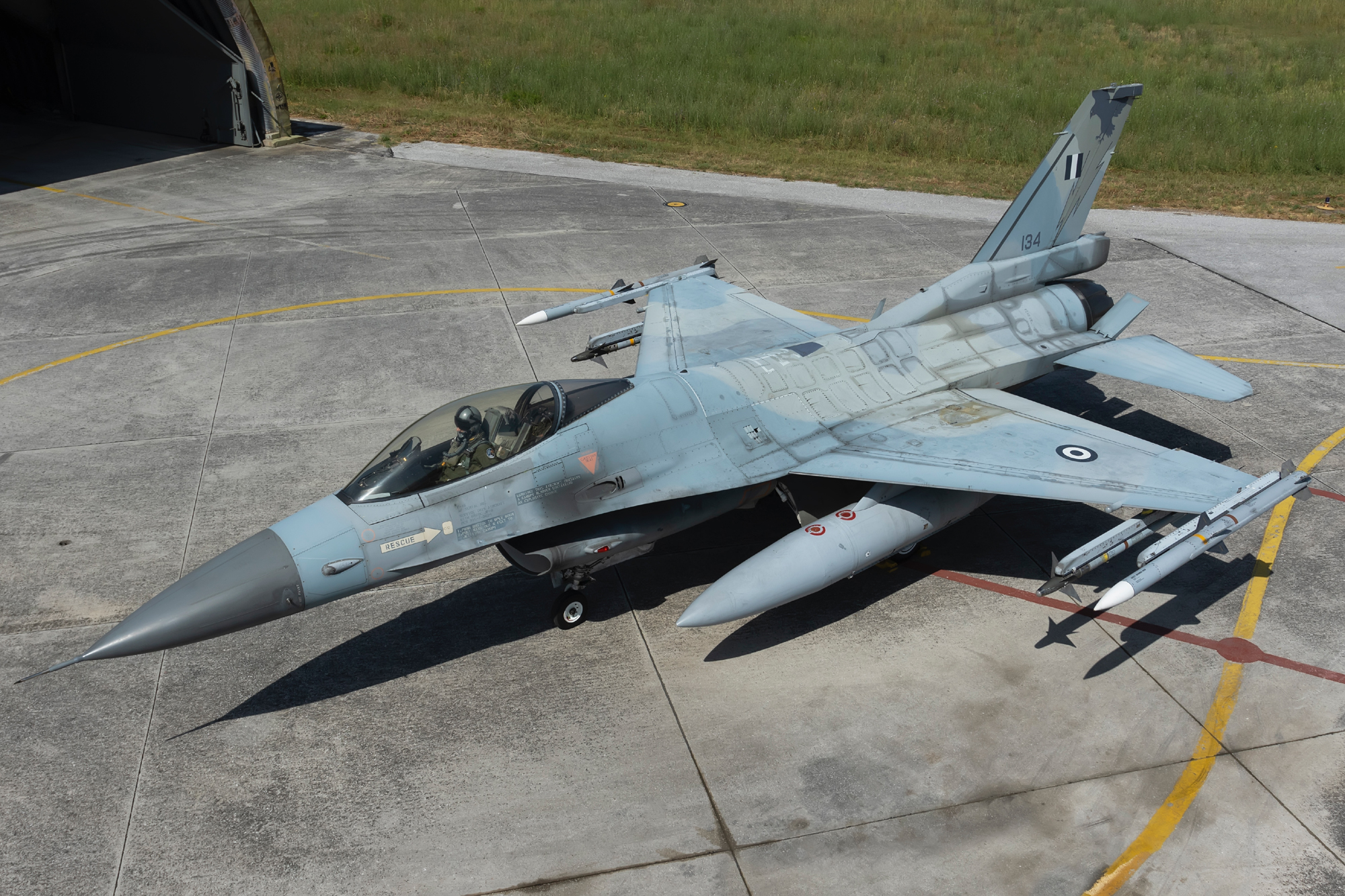 In October 2017 the Hellenic Air Force General Staff, while presenting the plan of the program to modernize 85 F-16s into F-16Vs with AESA radar, outlined also plans for the remaining Fighting Falcons in Greek service: 37 remaining Block 50 F-16s to be modernized as Block 50+/Advanced using surplus parts from the F-16V program, retain 20 Block 30 F-16 “as is” and releasing 12 Block 30s for sale in the international market.

Early May 2018, another Balkan state, Romania, issued an international request for 8-12 fighters. Romanian Air Force, in order to replace older MiG-21 Lancer fighters procured in 2012 12 F-16 A/B Block 15 MLUs from the Portuguese Air Force. The new request is the second phase of the original plan for a total of 36 fighters on service by mid 2020s. Bucarest officially confirmed that was considering additional Portuguese F-16 MLU, Israeli “Baraks” or Greek Block 30 F-16s. Romania is expected to decide upon a new butch of aircraft before the end of the year.  In the meantime, Bulgaria is also trying to implement a new plan to procure 16 fighters, in two batches of 8, in the short term future and 8 more until 2024. The participation of the Greek F-16s in a new Bulgarian tender is a possibility, depending on the conditions of the request, that remain unclear at the time.

A major obstacle in any attempt to sell the Greek Block 30 F-16s is that the fighters, although “low-time” –not having received any upgrades for 30 years in service- are considered obsolete, especially compared to Israeli “Baraks” offered at the same time. Greek Block 30s would have a much higher market value if they were put into a modernization program as part of any international sale offer. A very viable possibility could be to use surplus F-16 parts as Greek Air Force implements the F-16V and will become available after 2020. Using these parts and assemblies together with new ones can upgrade the Block 30 aircraft to Block 50+ status at a very attractive price and with high market demand.