Home Energy Charles Ellinas: “In the short to medium term, recovery in the East... 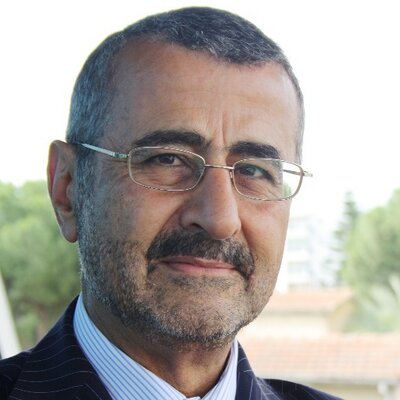 EAST MED gas prospects in the shadow of 2020 crisis

The fast pace of the 2020 crisis met the Eastern Mediterranean gas sector unprepared. Nearly two decades of gas bonanza now seem to be spiraling towards a very uncertain future, where it is extremely difficult to develop new projects and resources. The collapse of the oil price was primarily a direct hit to the prestige of oil & gas sector and its status of a long-term investment. Despite the rebound of worldwide hydrocarbon demand and doubling of oil price since April lows, involved companies are scaling down their footprint in the Eastern Mediterranean diverting activities to low risk projects. The situation emphasizes the importance of risk assessment for long term projects of this kind.

A number of important events, which could have long-term implications, took place in the Eastern Mediterranean upon the unraveling coronavirus pandemic crisis and the parallel global oil crisis. Regional players meet the crisis in different circumstances – Egypt and Israel are long-producing regional gas powers; Cyprus and Gaza have proven gas reserves but have so far failed to monetize any gas; Lebanon and Turkey have initiated gas exploration but with no results yet and finally Syria has not participated in the gas game due to the long-going civil war.
The latest developments began in mid-February, when things were still considered stable – the Leviathan consortium, operating the largest gas field in the Eastern Mediterranean, announced their intention to allocate partners for a Floating Liquefied Natural Gas (FLNG) facility. It was reported the Leviathan partners began negotiations with Golar LNG and Exmar in this regard. The FLNG had been considered as one of the options for phase 3 Leviathan gas field development aiming to export it to Mediterranean and perhaps even Asian markets, along with the Eastmed Pipeline that could be the export solution to Europe.

Another important regional event this year was the withdrawal of ExxonMobil from its verification drilling plans in Cyprus, postponing the drilling in Block 10 to as late as September 2021. Block 10 is located in the South-Western edge of the Cypriot exclusive economic zone, border Egyptian economic waters. The Energy Minister of Cyprus was quoted as saying “the company has informed us regarding some delays over their planning, as these results are crucial in establishing whether natural gas deposit in the Republic of Cyprus’ EEZ can be commercially viable.”

The third meaningful event was the announcement in late April on failure of the first oil & gas exploration drilling in Lebanese Block 4. The drilling was performed by the consortium of France’s Total, Italy’s Eni and Russia’s Novatek. Block 4 is located close to the border with the Israeli exclusive economic zone and part of Block 4 desginated area is within the contested zone of Lebanon and Israel. The drilling however took place further away from the disputed area. The Lebanese Energy and Water minister announced that “signs of basic elements of a geo-petroleum system” were found, but no gas reservoir.

Despite the recovery of the oil market over the past month, prospects for hydrocarbon development in the Eastern Mediterranean have become quite pessimistic. The economic recession complicates things in terms of natural gas field monetization for Cyprus and Israel, while for Lebanon which has yet proved any offshore gas potential this is an even more severe blow. Specifically, the global crisis will probably cause re-evaluation of the Leviathan FLNG project, making its feasibility far less likely in the near future. Cypriot gas is a fact, but exploration, verification and extraction projects are getting postponed. For cash stripped Lebanon, the gas dream is now a far more distant reality, with no gas found yet and no exploration planned for the near time. With more uncertainty on the horizon, the situation emphasizes the importance of risk assessment for long term projects of this kind.

Charles Ellinas: “In the short to medium term, recovery in the East Med will be slow”

It is an honour and privilege to have the expert opinion of mr. Charles Ellinas, CEO, EC Cyprus Natural Hydrocarbons Company (eCNHC), with over 35 years experience in the sector, who answered our questions during the online Global EP Summit* of the world’s Oil & Gas Nations and leaders.
SEMED: What will be the energy landscape in the South Eastern Mediterranean in the foreseeable future after COVID-19?
Immediately after Covid-19 in the East Med, projects and drilling will be struggling due to the impact of the pandemic on the global economy, an over-supplied gas market and much reduced oil company spending. Already the IOCs have announced delays in their drilling programme. The earliest they will restart is about a year from now. The IOCs are implementing massive spending cuts and global gas prices are expected to stay low at least in the short to medium term, so recovery in the East Med will be slow.
SEMED: What are the energy prospects of Cyprus and Greece?
Difficult, not just because of the slow recovery by the oil and gas industry due to the impact of Covid-19, but also due to over-supplied global markets keeping prices low. Both offshore Cyprus and Greece gas prospects are in deep-water and the required infrastructure is lacking. As a result, developing gas discoveries tends to be expensive and with low prices it makes competitiveness difficult and securing exports challenging.
SEMED: What are the prospects for the EastMed pipeline project?
EastMed project is also suffering from increased geopolitical risk due to the aggressiveness of Turkey in its determination to impose its views on the region. In the longer-term these problems can be resolved only through negotiation based on international law, not through force.

*Global E&P Summit is the first world-wide online industry event of its kind, organised by IN-VR and sponsored by Zebra Data Sciences, Plata Energy, ELARD, GLJ, Lumos365, SERTECPET, and Holt Energy Advisors. During the event, Heads of over 32 international Energy Ministries, Regulators and NOCs gathered with 200 IOCs and 1,000 EPs online to promote their available E&P opportunities, expand their partnerships and prospects.
IN-VR is the leading cross-government marketing and promotion Agency in Energy organiser of government-backed oil & gas marketing campaigns in the Mediterranean, North Africa, Balkans, Latin America and APAC regions. The firm supports governments in their journey to become leading energy producers, arranging more than 2,200 B2B and B2G meetings annually, leading to new contracts and partnerships all over the world.