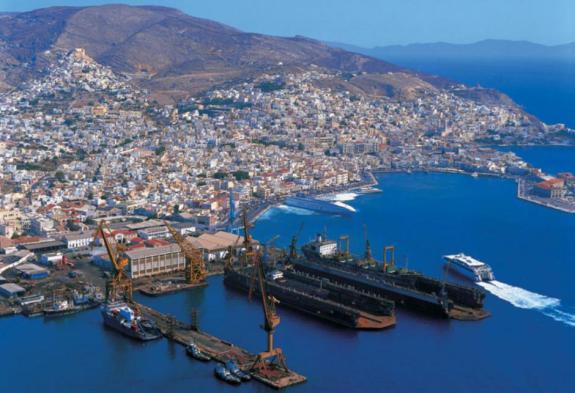 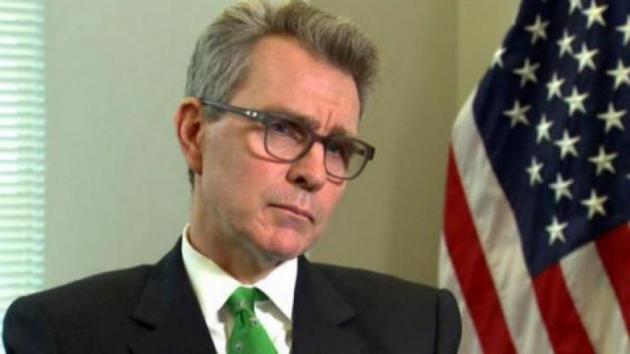 The U.S. Ambassador in Athens Geoffrey Pyatt, has stated in numerous occasions that the friendship between Greece and the United States has never been stronger. The two countries have reached a very special moment in their bilateral relationship, and the U.S. want to continue to build on this momentum. As a result, American companies are finding opportunities in Greece and there is big U.S. interest for investment in strategic sectors of mutual benefit, such as the Alexandroupolis port and the related F.S.R.U., while “Onex Shipyards” is working for the re-opening of the Syro’s shipyard under new U.S.-based ownership.

American base in Alexandroupolis – A helicopter base or something bigger?

With NATO and US facilities present in Bulgaria and Romania, as well as the soon to be constructed Floating Storage Regasification Unit (F.S.R.U.), it seems that the port of Alexandroupolis is acquiring a new strategic role. 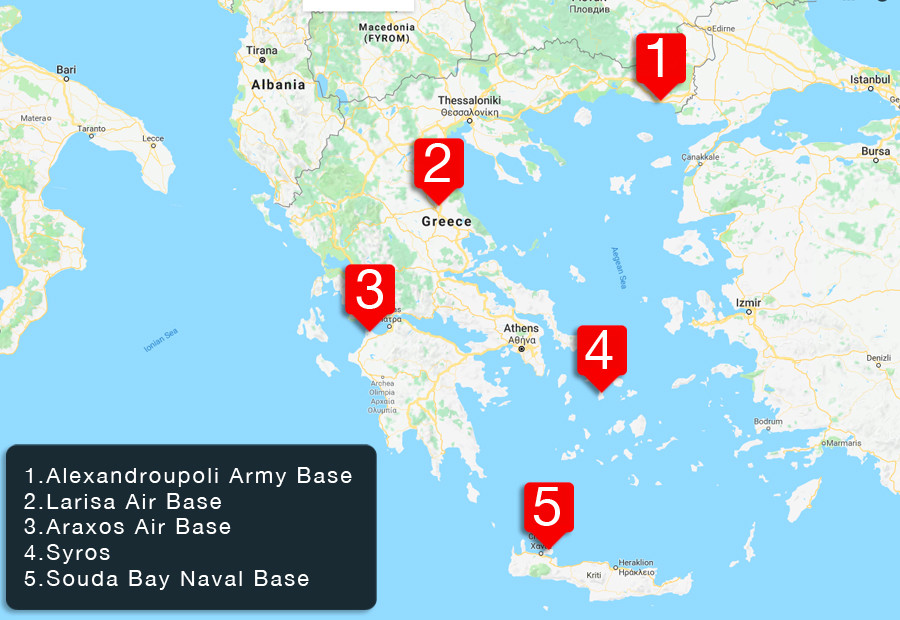 Developments for an American base in Alexandroupolis are at an advanced stage. It seems that the US wants to establish a helicopter base in the area or perhaps something more major and more complex, such as an interim base for other existing facilities in the Balkans. Available information indicates that part of the port of Alexandroupolis will become a helicopter support and assembly centre. The aim is to serve the requirements of US forces in the Eastern Mediterranean and the Balkans. At the same time it appears that the port will also satisfy requirements for transportation of material to and from Americans bases in the Balkan Peninsula. The strategic position of the port was on full display last year, when elements of the U.S. Army’s 10th Combat Air Brigade used it as a staging area for helicopters and cargo returning back to the U.S. from Romania.

Recently, the Deputy Commander of the U.S. Army’s 21st Theater Sustainment Command, Brigadier General Maiocco was in Greece to visit and to see firsthand the potential to develop this strategic infrastructure of Alexandroupoli. In any case, it is a move that to a certain extent, also serves the Greek side, as the US decides to have a presence in an area which is nationally sensitive for Greece.

Why are the Americans investing in “Syros Shipyards”

The acquisition of the “Syros’ Shipyards” by “Onex Shipyards”, a Greek-American investment scheme, is seen by high level diplomatic and government sources as a move with a strong geopolitical symbolism. The interest shown by the US Embassy in Athens for the promotion of this particular investment can not be regarded independently of the fact that Greek shipbuilding facilities have been the focus of interest by major players in the industry.

Experienced observers, point out that Syros has a strong symbolism due to the traditional interest shown by Russia for a possible presence on the island. Moscow has also exhibited similar interest for other areas in the Greek territory such as Alexandroupolis. According to some sources, a high level executive in the Ministry of National Defense favoured the acquisition of “Syros’ Shipyards” by a company of Russian interests – an interest that eventually did not progress. A strong interest had also been shown, although it failed to solidify into a substantial proposal, by Chinese groups.

Asked why “Onex Shipyards” chose to locate in Syros, Panos Xenocostas, the head of the group explained that this shipyard possesses a number of very interesting features. Firstly, its geopolitical interest differs to that of the “Elefsina Shipyards”, as it is essentially located in an offshore area, making it more attractive in cases of defense equipment repairs. Judging by the big interest of the US Embassy in Athens, Washington is attaching great importance to the completion of this investment. It is also clear, as pointed out by informed sources, that the “Syros Shipyards” may, under the new owner, attract naval vessels from NATO counties for repairs.

There is no doubt that with the US Navy exhibiting intense activity in the Mediterranean, US vessels would be able to be repaired in Syros, as well as vessels from other NATO member states. At the same time, since the new owners are not aiming to take on defense contracts (as had been the case with the “Skaramangas Shipyards” that had been endowed with orders from the Greek Navy), no reactions are expected from the European Commission.

The new owners’ goal of course will not be to be limited to defense equipment repairs. Even more interesting is the fact that “Syros Shipyards” shall be able to accommodate the requirement for repairs of floating hydrocarbon exploration and exploitation rigs. The wider Eastern Mediterranean region has attracted major companies such as Italian Eni, American ExxonMobil and French Total, without excluding others in the future. Syros can offer proximity when a repair requirement appears.