Home Energy Greece at the crossroads of the european energy sources… 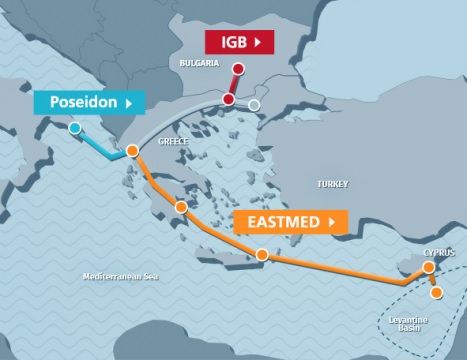 The progress of the IGB interconnector and the EastMed pipelines

Greece aspires to become an energy hub towards Italy and the Balkans, while also diversifying its own sources of supply. Therefore, it is already in the process of completing or commencing very significant energy infastractures such as: the upgrading of its LNG terminal at Revythousa, and the constructions of TAP, IGB and the Alexanroupolis FSRU. It participates too, to the proposed EastMed project as an integral part, as well as the tripartite alliances of Israel-Cyprus-Greece and Egypt-Cyprus-Greece.

The European Commission said on November 8 that Bulgarian and Greek plans to support the construction and operation of a 182km cross-border gas interconnector (“IGB”) between Komotinin in Greece and the Bulgarian town of Stara Zagora to be in line with EU state aid rules.

IGB will be owned by ICGB AD, a 50-50 joint venture between the IGI Poseidon consortium (which includes Edison of Italy and Greek gas incumbent DEPA) and BEH, the Bulgarian gas incumbent. The total investment cost for the IGB interconnector, which is designed to transport three billion cubic meters/year (bcm/y) of natural gas from Greece to Bulgaria by 2021, is €240 million.

Bulgaria and Greece notified the Commission of certain support measures to ICGB AD, which involve state aid within the meaning of EU state aid rules. These include an unconditional state guarantee to be granted by the Bulgarian state to cover a €110 million loan, that ICGB AD will receive from the European Investment bank; a €39 million direct financial contribution by Bulgaria via the Bulgarian Operational Programme “Innovation and Competitiveness” 2014-2020; (OPIC) and a fixed corporate tax regime that will apply to ICGB AD for 25 years from the start of commercial operations and will be governed by an intergovernmental agreement between Bulgaria and Greece.

The Commission said that it had assessed these measures under EU state aid rules, in particular its 2014 Guidelines on State Aid for Environmental Protection and Energy and concluded that “the measures are in line with EU state aid rules and will contribute to the objectives of security of supply, diversification of energy sources and increased competition in EU energy markets”. European Commissioner Margrethe Vestager, in charge of competition policy, said: “The new gas interconnector between Greece and Bulgaria will increase the security of energy supply and enhance competition, to the benefit of citizens in the region. We have approved the support measures to be granted by Bulgaria and Greece because they are limited to what is necessary to make the project happen and therefore are in line with our State aid rules”.

The implementation of the East Med pipeline project appears to be progressing with the support of Washington, at a crucial time in terms of safeguarding balances in the Eastern Mediterranean.

According to the Cyprus News Agency, the fact that the talks between the Foreign Minister of the Republic of Cyprus, Nikos Christodoulides and US Secretary of State Pompeo in Washington focused on Eastern Mediterranean energy prospects demonstrates and confirms the lively interest of the US in developments in the wider region. Τhe advantages offered by the strategically important East Med pipeline and the presence of US firm Exxon Mobil in Cyprus’ Exclusive Economic Zone are the reasons Washington wants to participate in the next summit between Greece, Cyprus and Israel. 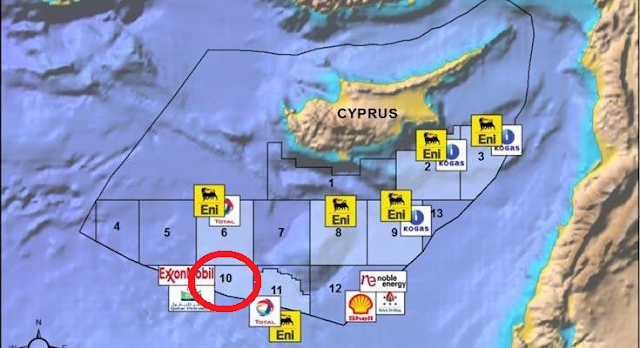 According to Nikos Christodoulides, by 20 December, on the day of the next tripartite meeting, technocratic discussions between Greece, Cyprus and Israel are expected to have been completed at the first-level, with the signing of a relevant intergovernmental agreement.

The IGI Poseidon consortium, meanwhile, informed via an announcement that it is moving on to the second phase of study for the construction of the East Med pipeline. Preliminary studies have shown that this is a technically and commercially viable and competitive project. As a consequence, the studies concerning the formation of the seabed are expected to follow and include environmental and engineering issues as significant technical difficulties are known to exist due to the fact that the sea along the path to be followed by the pipeline is deep.